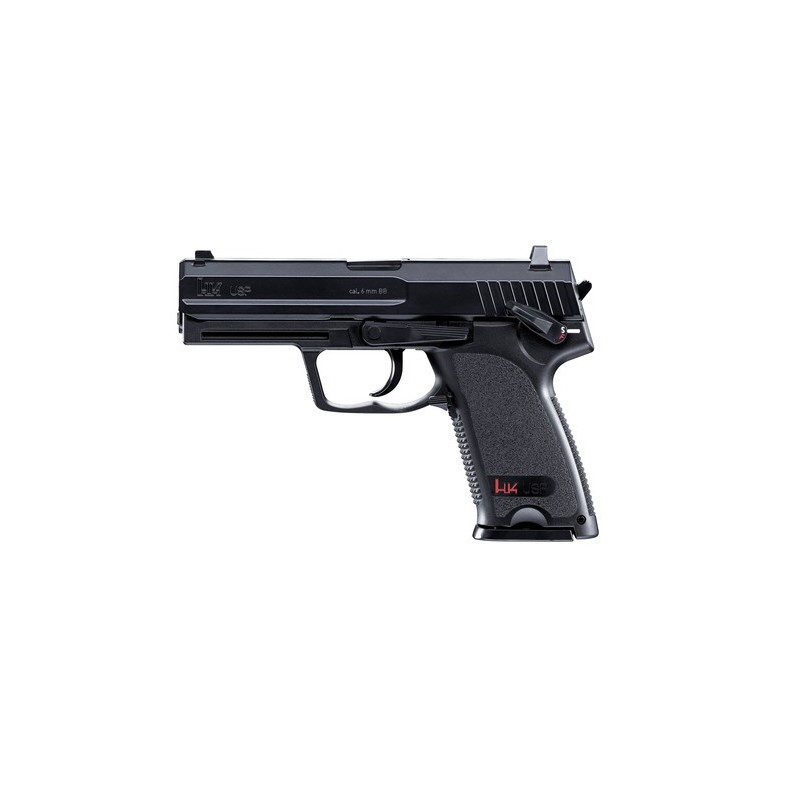 Since making its debut in 1993, Heckler & Kochs Universal Selfloading Pistol has gone through considerable development, and it is now widely used as a service pistol by the police and armed forces. This replica's rugged design and reliability make it interesting to collectors and shooters alike. CO2 non-blowback operation and metal slide were chosen for this pistol, giving the shooter a system with superior accuracy and a higher number of shots by utilizing the gas more efficiently.

No customer reviews for the moment.